Addressing Australia’s Population Growth – What Are the Options?

Australia’s population hit 25 million in August this year, and concerns have been expressed about further growth.

The NSW premier has called for a migration “breather” and for levels to be cut in half. Melbourne is struggling to accommodate population growth, and will soon have a larger population than Sydney. Regional migration is being discussed as an option to relieve the pressure on Australia’s big cities. What options does the Australian Government have to reduce population growth? This article looks at the significant growth in the number of temporary visa holders in Australia and which programs the Government could consider reducing.

Migration is said to be the main driver of the population increase.

However, Net Overseas Migration has been fairly flat, and actually decreased between 2012 and 2016. 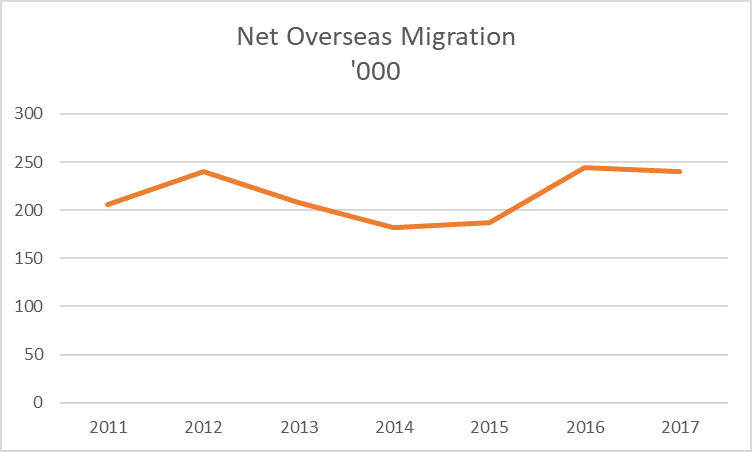 The Migration Program (ie the number of permanent visas granted each year) has been steady at around 190,000 since 2012-13, but the outcome for 2017-18 was significantly lower. 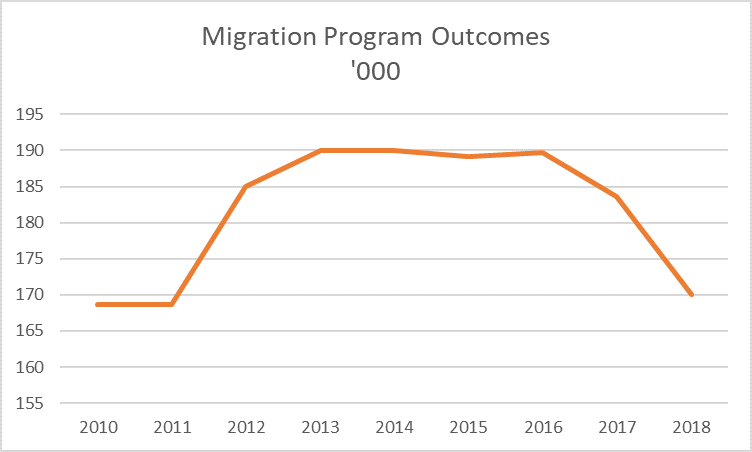 What other factors are contributing to population growth?

The table below summarises the increases for each of the major temporary visa types: Unlike the permanent migration program, there is no quota on the number of temporary residents being granted visas. Could Australia look at restricting temporary visa programs to address the population question?

The biggest driver of the increase in temporary visa holders is the growth in international student numbers. There are now over 480,000 students in Australia, an increase of close to 180,000 compared to 2012. International education brings a serious amount money into Australia – it is now the 3rd largest Australian export, representing some $30.8 billion in exports in calendar 2017. In 2012, international education represented some $17.2 billion – so the value of the industry has almost doubled since then. 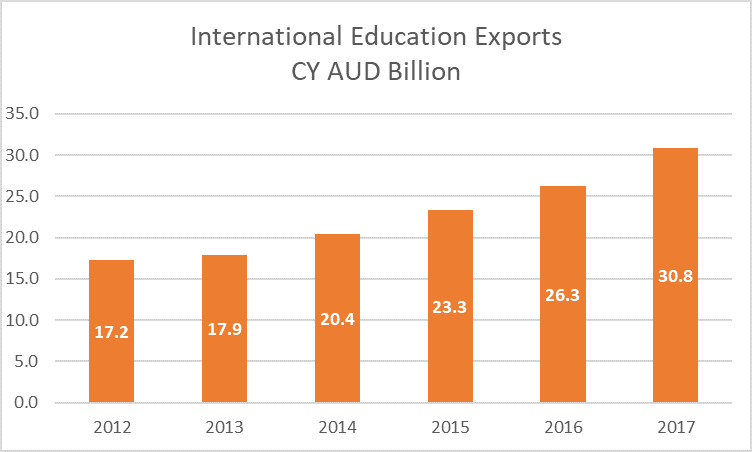 Visitors represent the next largest component of the increase in temporary residents – some 100,000 people.

Since 2012, the value of the tourist export industry has increased by 50%: 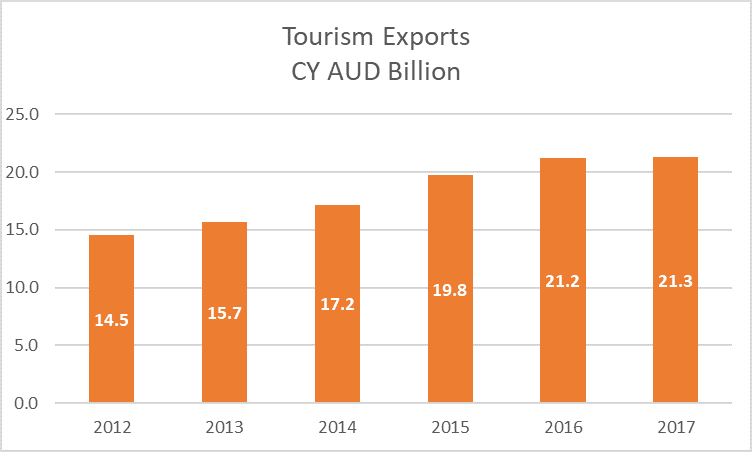 Tourism and international education are both large components of Australia’s export economy. Limiting numbers would have a corresponding impact on the Australian economy.

The reason for the increase is slower processing times for visas at the Department of Immigration – particularly partner visas and employer sponsored visas. Whilst the Department of Immigration has the option of reducing the number of bridging visa holders by refusing applications, this would most likely lead to an increased number of migration appeals – and bridging visas are also available for appeals.

New Zealand citizens on Special Category Subclass 444 visas represent the largest single category of temporary visa holders in Australia (some 673,000 as of 30 June 2018). The increase since June 2012 is a modes 4%, but this still represents an increase of over 27,000 people.

Australia could put the brakes on working holiday makers entering Australia, but this would impact significantly on sectors of the economy which rely on backpackers – particularly the agriculture, tourism and hospitality sectors.

The temporary visa type having the largest decrease in numbers since 2012 is the employer sponsored (457 and Temporary Skills Shortage) category. The 457 visa was abolished in March 2018,and replaced with the TSS visa.

Given that the TSS visa is more restrictive and significantly more expensive than the previous 457 visa, we expect the number of employer sponsored visa holders in Australia to continue declining.

Where is the Money Going?

The Federal Government has benefited greatly by the increase in temporary visa holders in Australia. Firstly, it benefits from taxation receipts, particularly from the greatly expanded international education and tourism sectors. 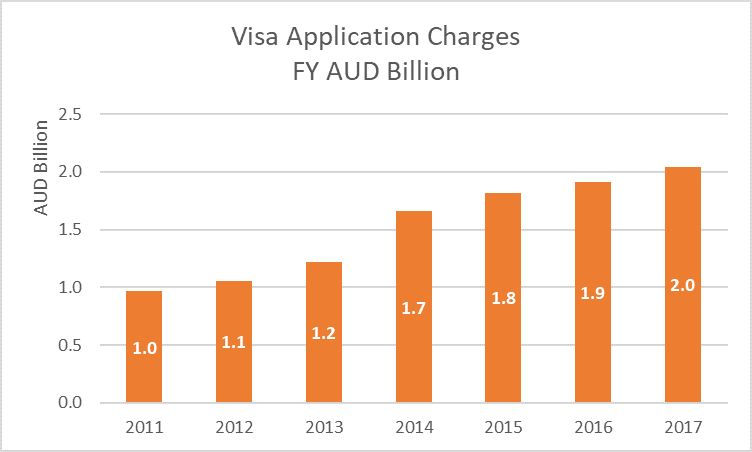 Fees collected from Visa Application Charges are now well over AUD 2 billion, and that’s before we even talk about the AUD 14 Billion or so collected in Customs Duty. If State Governments are complaining about the cost of infrastructure to support growth, perhaps they should put their case to the Federal Government for a fairer distribution of Federal funds.

With the number of permanent migration visas already having been reduced in 2017-18, the options for limiting the number of temporary visas granted seem somewhat limited. Students and visitors are essential to two of our largest export industries. Graduate temporary visas support the international education industry also. The number of bridging visa holders has ballooned largely due to the Department of Home Affairs’ longer processing times, and the number of employer sponsored visa holders is already in decline.

It seems the only two possible ways to reduce the number of temporary visa holders in Australia would appear to be to look at visas for NZ citizens and backpackers – it remains to be seen if there is any political will to consider these options.

How Many Temporary Residents are Working in Australia?
Working Holiday – Work Rights Changes from November 2018