What is Causing the Boom in Bridging Visas? 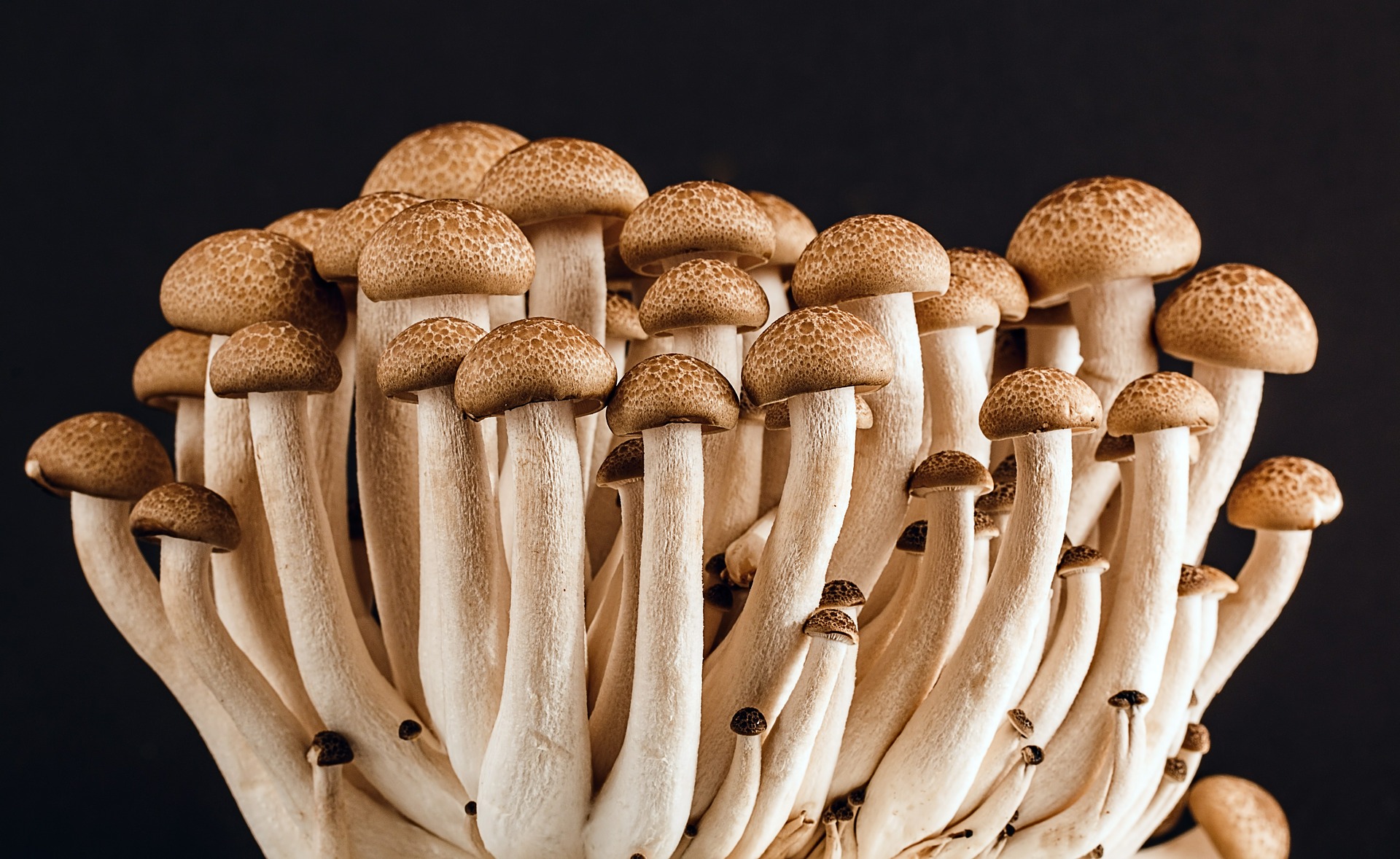 There are now over 230,000 people in Australia on Bridging Visas. These are visas held whilst waiting for the outcome of another visa application process – generally a visa application or appeal.

Recent newspaper articles have pointed out that this is bigger than the population of Hobart – it also easily exceeds the number of people in Australia on employer sponsored 457/TSS visas or Working Holiday makers.

This article looks at the main drivers of this startling increase in bridging visas.

The number of bridging visa holders in Australia increased by almost 18% last year to 230,000. The increase has been particularly sharp since March 2015 with numbers more than doubling since then. 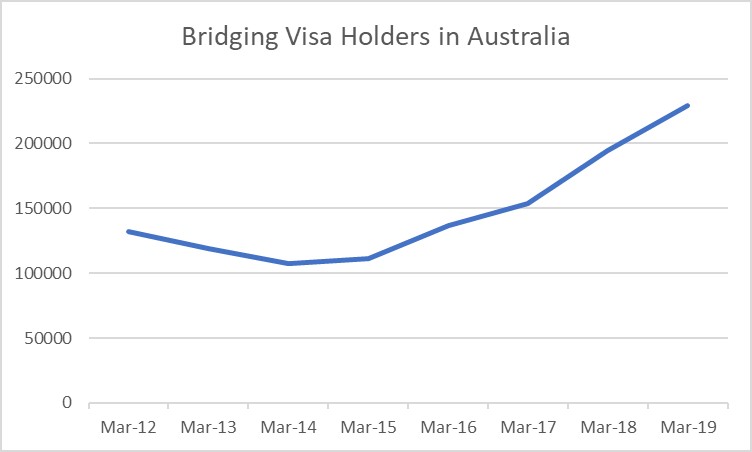 When looking at the top nationalities of bridging visa holders, we see that most of the growth has been driven by China, India and Malaysia. China and India are the two largest source nations both for migration and for student visas. Malaysia is not a major source country – so to see Malaysia as the third most common country for bridging holders with a growth rate of 553% since 2015 is very surprising:

It would be useful to know the breakdown of bridging visa holders by the type of visa application they have lodged and are awaiting the outcome for.

This is difficult to do, as numbers are not published in this format. The table below is based on:

The numbers are based on 2017-18 data, as this is the latest available published information:

There are a large number of partner visa applications lodged onshore. Due to limited numbers available in the migration program, processing time for these is now approaching 2 years for the temporary stage. As a result, people waiting for partner visas make up a significant proportion of bridging visa holders.

ENS and RSMS make up a significant proportion of bridging visa holders. There have been a number of reforms to these programs, as well as a clamp-down on integrity. These measures in combination have led to an increase in processing times. Much of the decrease in the migration program in the last 2 years has been due to reduced numbers of permanent employer sponsored visas being granted.

Graduate temporary visas are available to international students who complete a course taking at least 2 years of study in Australia. There have been significant increases in the number of visas granted in this subclass – over 50,000 in 2018-19. As the processing time is around 4 months, this results in a large number of bridging visa holders.

Onshore protection or refugee visa application numbers have been increasing markedly since 2015, and from the table below, we can see that Malaysians make more onshore applications for protection than any other country.

Malaysians are eligible for an ETA (Electronic Travel Authority) to enter Australia – this makes it relatively easy for them to apply from within Australia for a protection visa. However, the grant rate for Malaysians is the lowest for the main onshore protection visa source countries, suggesting that many applications are lodged without a genuine claim for protection:

Where a parent is at least 66 years old, it is possible to apply for a parent visa from within Australia, and hence receive a bridging visa during processing.

The number of parent visas granted each year is very limited, which means that processing time is likely to be 49 months for contributary parent visas – these require a fee of over $40,000 per parent.

Processing time for the non-contributory parent visa is currently around 30 years.

Where an onshore visa application is refused, the applicant will in many cases have appeal rights to the Administrative Appeals Tribunal (AAT).

As of June 2018, there were approximately 44,000 outstanding appeals in the Migration and Refugee Division of the AAT. Many of these would hold bridging visas.

The growth in bridging visa holders has been startling in the last few years. Most of this has been driven by limited numbers of places in the migration program, leading to longer processing times for partners, parents and permanent employer sponsored visas. However, additional growth has been driven by increased numbers of onshore protection visa applications. The increase in international student numbers has also driven increases in people waiting for graduate temporary visas and student visa extensions. There are also a large number of people awaiting decisions on appeals at the AAT.